AS SEEN ON OPEN HOUSE NYC

Arrive by boat or on your private helipad to this spectacular private island residence which is equally beautiful day or night.  The island is shaped like a heart  and every inch of this island and home is filled with love.   Two dwellings sit on the island - a 1,200-square-foot cottage, and a 5,000-square-foot main residence which is nothing short of an architectural masterpiece. The cottage was designed by Frank Lloyd Wright and built in 1950. The main residence was built in 2008 from one of Wright's final plans, and is considered by some to be one of the most spectacular designs of his career. Boasting 1,500 square feet of skylights and vast expanses of stone, cement, and mahogany, the main residence is truly a triumph of modern architecture. 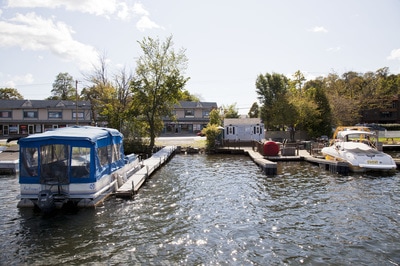 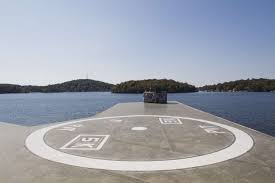 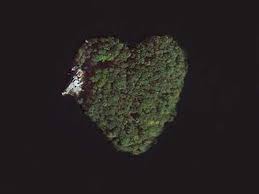 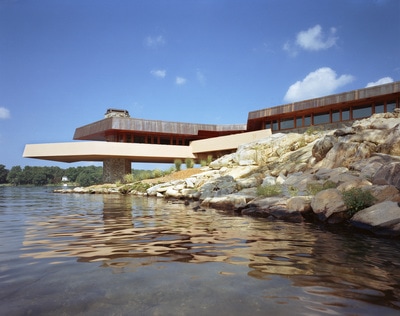 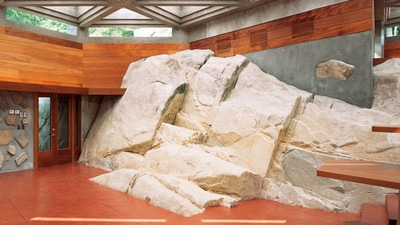 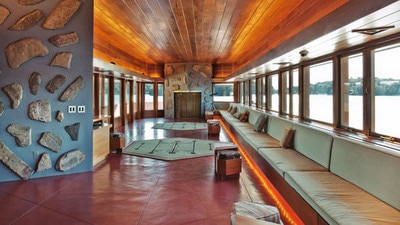 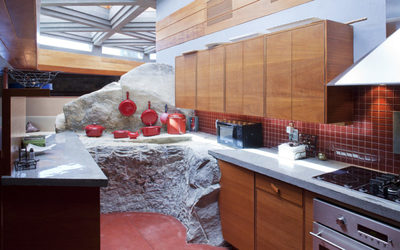 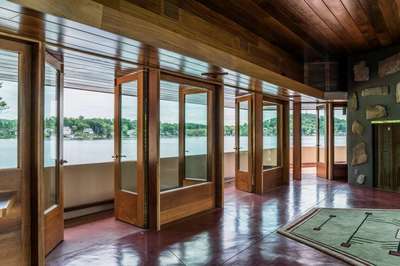 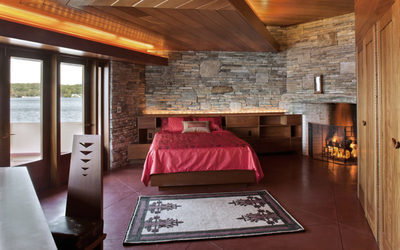 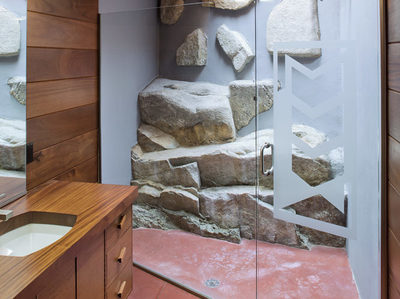 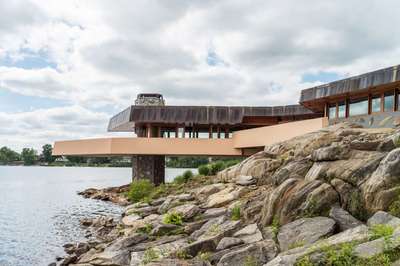 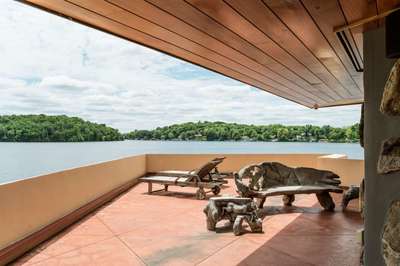 The 1200 square foot guest  house features spectacular views with a magnificent front porch, 3 bedrooms, living room with fireplace, one bathroom and, retro kitchen. As in the main house the outside is brought inside in the design 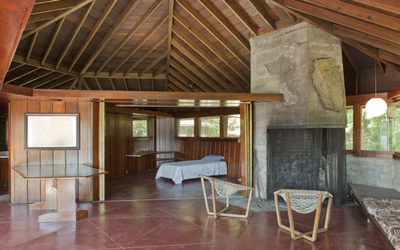 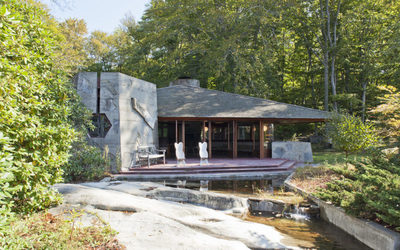 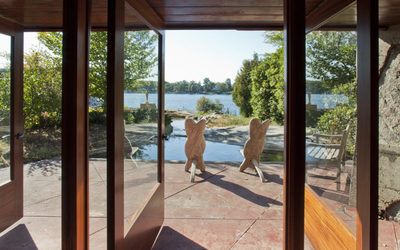 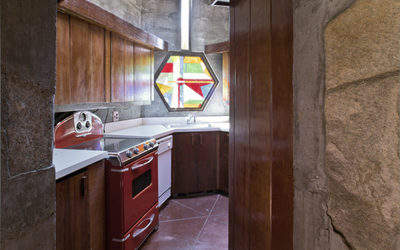 The island features an additional dwelling currently used as a workshop and easily converted to an artists studio, home office, yoga studio, or gym; magnificent gardens and waterfalls, a private beach to launch kayaks, jet skis  plus hiking trails around the island, firepit, security cameras throughout, and ample room to add a tennis court or swimming pool 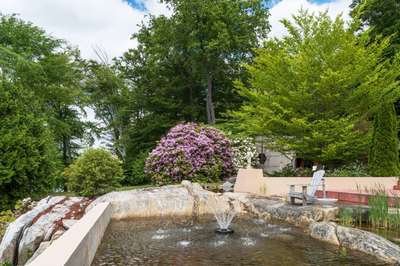 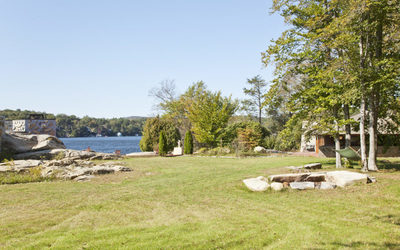 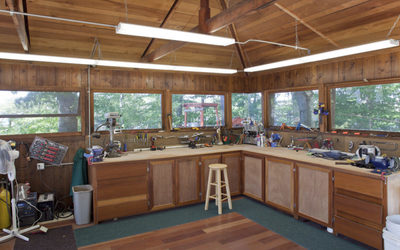 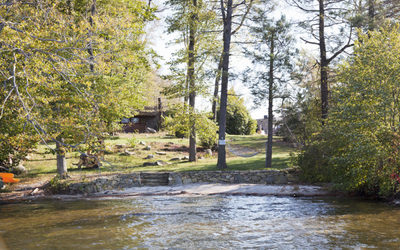 In 1949, architect Frank Lloyd Wright received a commission from an engineer named A. K. Chahroudi to build a house on the 11-acre Petra Island, which Chahroudi owned. Wright worked on designing a one-story, 5000 sq. ft. house for three months, but the project was cancelled when Chahroudi realized he was not able to afford the $50,000 budget that Wright envisioned for the project, nor a second more modest version requested of Wright. Instead, Wright designed a 1200 sq. ft. cottage for Chahroudi for the island.  All that survived of the original Chahroudi commission were five Wright drawings, including a floor plan with ideas for built-in and stand-alone furniture, a building section, and three elevations.

​In the early 1950’s Mr. Wright, while working on the Guggenheim Museum in N.Y.C was asked by the Brewer’s family to design a house for them on a piece of land they owned in Fishkill, N.Y.  In the book “Many Masks the Life of Frank Lloyd Wright” written by Brendan Gillon (page 493) Mr. Wright states that after he explored the property he believed he could use the house he designed for the Chahroudi family on Petra Island, and after it was completed it was “even more beautiful than Fallingwater”. The Brewer’s house was never built.

The Chahroudi design was finally built on Petra Island on the exact spot selected by Mr. Wright, it is now the Massaro House.  Massaro House is a private island residence inspired by designs of a never-constructed project conceived by the architect Frank Lloyd Wright and is named for its owner, Joseph Massaro. It is located on the privately owned Petra Island in Lake Mahopac, New York.  Massaro hired Thomas A. Heinz, an architect and Wright historian expert, to complete the unfinished design. Heinz employed 3D CAD/CAM computer software to model aspects of Wright’s design not self-evident in the original renderings. His design also provided updated heating and cooling solutions that were not part of the original Wright concept, such as air conditioning and radiant heating which didn’t exist in the early 1950’s. It was also determined to add chimney caps, which Wright characteristically demurred, for the home’s six fireplaces

​Copies of the original Frank Lloyd Wright drawings for the home are included in the sale.

CONTACT TO ARRANGE YOUR VISIT TO MASSARO HOUSE AND PETRA ISLAND
www.wallstreetluxury.com